And the Enemy Passed

RANCE HOOD is one of the few Native American painters left who still paints in the manner which echoes the traditional Indian culture and spirituality of the past that has been drastically changed by the modern and white worlds.

Born in 1941 in Lawton, Oklahoma, Hood grew up in the home of his maternal grandparents who taught him Comanche Indian ways and values. Unable to speak English until he began public school at the age of six, he soon learned how to get by in the white world.

After his grandparents died, he dropped out of school and worked on oil rigs in Texas and rode the rodeo circuit. A trip to live briefly with his brother in California brought about the desire to paint and draw about his own culture, and he was soon selling his art.

He returned to Oklahoma in the 1960’s and began spending more time on his art and researching its traditions by learning techniques from already successful Indian painters. Through powwows, booth shows, and galleries, he became successful and won recognition, including “First” in the Plains Division of the juried shows of the prestigious Phillbrook Museum in Tulsa, Oklahoma.

Hood conducts business and produces art out of his studio in Denison, Texas, preferring to sell his own originals and reproductions and shunning the highly-marketed hype many “superstar” artists embrace. He also donates his time and talent by providing images for Indian rights funds and film organizations for fund-raising purposes which benefit Native Americans. The range and focus of his career even extends to producing his tribal emblem and the design of a turbo jet.

Hood has toured Europe and Germany with one-man shows, and his paintings hang in some of the finest museums and private collections in the world. His work has been mentioned in countless books chronicling Native American art, and his influence on other artists can be seen in art galleries throughout the U.S. and Europe in addition to major and minor magazines which focus on Indian art and culture.

Hood has introduced some abstract motifs into his backgrounds, but he adheres mainly to the traditional style of art practiced by his ancestors. Today, thirty years beyond his original success as a major Indian artist in the 1960’s. RANCE HOOD is still considered the most successful Plains Indian artist.

Feel free to contact us about Rance Hood originals and prints! 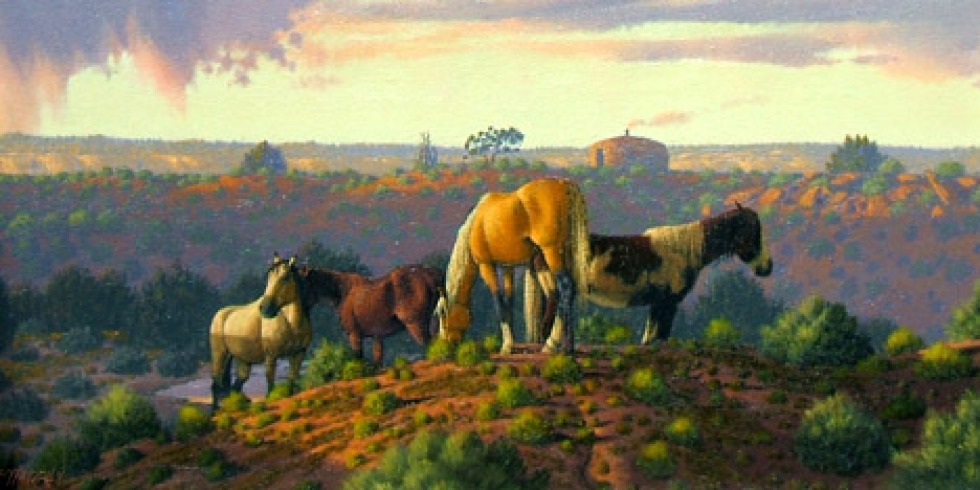 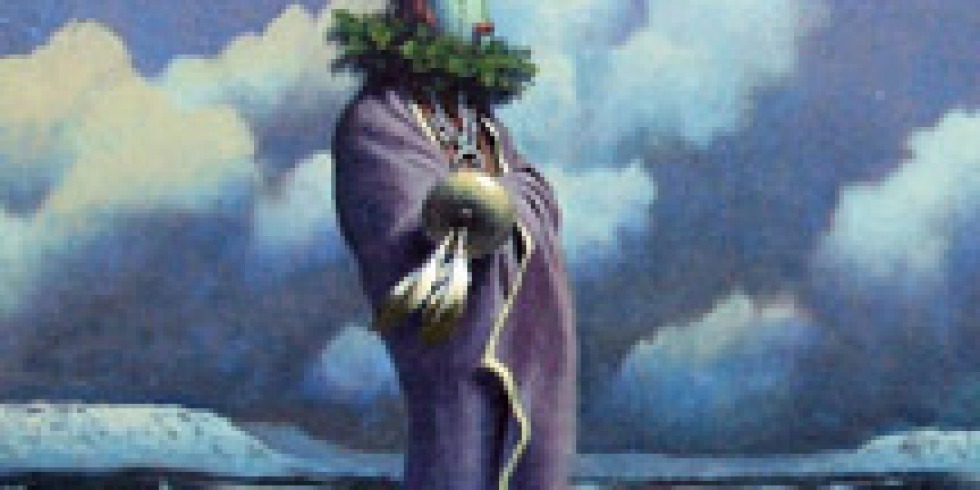 My granddaughters bought me this sketchbook and in

Photo of a steel ball on my palette reflecting me