Storm Brewing Over The Callahan Divide 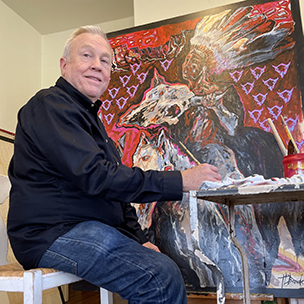 Terry Browder grew up on a wheat farm in Southwestern Oklahoma and began painting during his teenage years. He came to Abilene, Texas, when he was 18, to attend Abilene Christian University, and has made it his home since that time. He acquired a Bachelor of Fine Arts in Painting and a Masters in Art Education from ACU.

Browder’s great grandmother came to Old Greer County in Southwestern Oklahoma, which was actually part of Texas at the time, in 1898 to homestead on some of the last free land in American.

She was a widow, who brought her children in a covered wagon to pursue an opportunity for a new life to sustain and reinvent herself. Her true grit and determination have inspired him, and the half dugout was located just a short distance across the prairie from where he and his family lived.

A glimpse of the Comanche’s sacred Wichita Mountains was visible from the Browder family’s living room window, and Fort Sill and the Reservation that was established there were in the shadows of the Wichitas. Because of his family history and heritage, the stories about the culture clash between the Native Americans and the invading white men have been part of his DNA.

These stories and images have found their way into the artist’s creative work, and a major body of his paintings incorporates this subject matter. These paintings incorporate 120-year-old, handwritten, Texas deed documents, which conveyed lands once controlled by the Comanche Nation.

Terry Browder’s faith heritage and the Texas Colonial, almost monastic quality of the architecture and ambiance of the Adobe Walls Studio, where he presently lives and works in Abilene, Texas, have also influenced his additional pursuit of ecclesiastical subject matter.

Browder’s educational background in art history has contributed to his interest in an additional body of artwork he calls “Neoteric Icons”. These paintings incorporate antique Latin Bible and Biblical book pages, archaic frames, and sometimes architectural features that harken to ancient church art, but are non-traditional with a styling that is more modern and abstract and “of today”.

Terry Browder’s paintings are more than just pretty pictures. They are visual narratives that include symbolism and embedded clues to deeper truths. He often uses historic documents, glued to the canvas, as a base, which gives an added dimension to the paintings because actual relics from the time and subject matter become part of the work. Art speaks when words cannot… 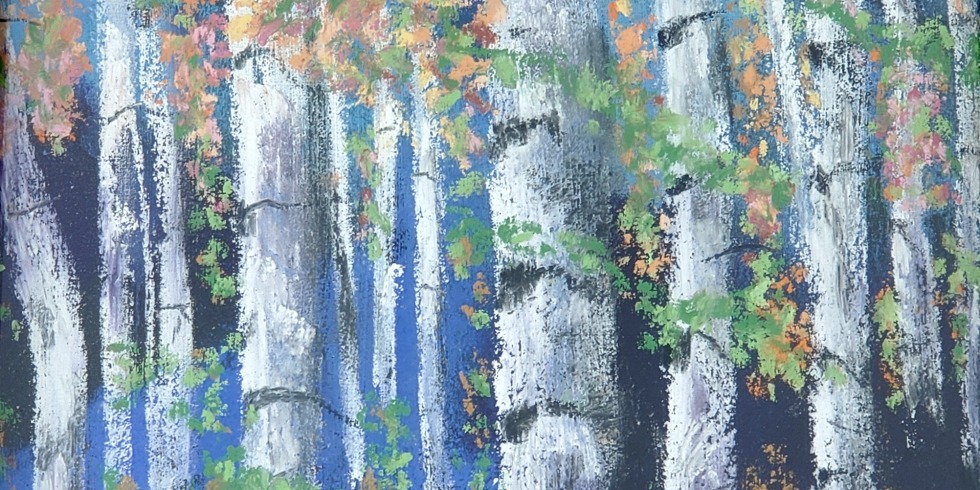 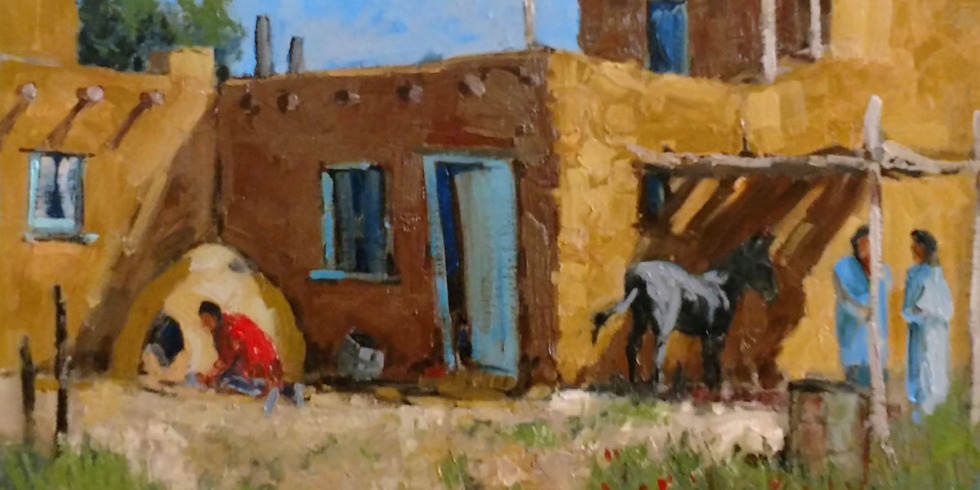 Your feedback is valuable for us. Your email will not be published.
Cancel Reply

Cottonwood Glow by Rella Oxley & Sunset by me are

I saw one of these beauties on my walk to work. S

I like to visit these large paintings of mine in m

Thanksgiving week has been great. These lovely la